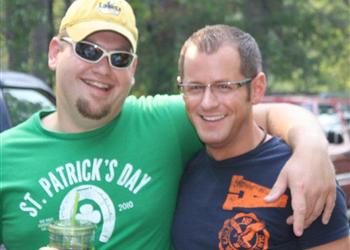 As with many things in life, once you start a project, it begins to snowball …

Our business began with restoring homes for resale in the Newberry area. While researching properties, we found what had previously been the Nordge Laundromat for sale. Commercial properties were not in high demand in Newberry, but we had a hunch that if restored properly, it would sell. The project was much more involved than we could possibly imagine. However, by the time the business was completed and re-opened, we decided to own and operate it ourselves.

A few months after opening the Newberry location, we discovered what was then Lockview Laundromat in Sault Ste Marie. The owner did not have the ability to repair and maintain the equipment, and wanted to sell. The opportunity was too great to pass up, so nine months after opening in Newberry, we purchased our second location. Restoration and repair took five months.

Locals in the Hessel area began approaching us about the need for coin laundry. When a good friend purchased a commercial property with room for a laundromat, we jumped at the chance. The Hessel location was completed and opened in August of 2016.

Kinross is our newest location. A friend of the previous owner contacted us about a possible sale. It only made sense to continue our brand and expansion in the local area. In 2019 the Kinross laundromat was purchased. In 2021 the washers were updated to add more efficiency and capacity.

Both from the Upper Peninsula, we grew up in Newberry and Manistique. We then moved to Sault Ste Marie and have lived there since.

We strive to continually improve our laundromats. In late 2021, we plan to install new washers in the Sault Ste Marie location.

Thanks for your continued support!